My own brush with it occurred nearly 40 years ago and when I wrote this article earlier this year, I felt a certain sense of finality with it.

Being sexually abused was something I felt I could compartmentalize well and put into a nice pretty box and set it aside in my life.

I felt the same with being a drug addict.

In other words, when you spend enough time putting certain parts of your life in your rearview, it gets put into one of these boxes and can basically stay safely tucked away, you know…over there.

But that’s not exactly how it’s worked for me.

Being a victim of abuse and having the addict background gave me certain advantages as a coach. I had a different perspective on trauma and a different lens to view coping mechanisms through. It helps with things like weight loss.

And, as I’ve been learning over the last few months, being a victim of sexual abuse doesn’t exactly allow for being put in a box.

This is frustrating because, we as humans, like closure. We can put the bad in it’s place and leave the good out for all to see.

As I’ve been learning (and re-learning) more about how the abuse affected me, I find myself more unsettled, not less so.

It’s forcing me to open up the wound, pry it wide and expose it for all it was worth.

The tough thing about trauma is that you want it buried completely but it never really goes away. It just festers about keeping you cognizant of it’s existence.

There is the tendency to compare trauma against someone else’s. As in, your pain was worse or more frequent than my pain, therefore mine must not matter.

But it does matter. And the more I tried to tell myself that it didn’t, the more it’s managed to prove me wrong.

Unfortunately, not a lot of men are talking about this. That makes it feel even more isolating than it already is. Depending on where you pull your stats from, the numbers are either 1 out of every 10 or 1 out of every 6 that can make the claims that I do. I would expect those numbers to be higher because there is still too much stigma around men admitting they were child victims.

Admitting this when I was in my late teens/early twenties, was fraught with enough tension and sadness. I dealt with it through suicide attempts, suicidal ideation and a total of 5 hospitalizations within 2 years.

Now, I don’t even think about suicide. Not even close. Nor do I feel remotely depressed.

I’m angry mostly. Angry, that I still have to deal with this bullshit for what some waste of life did to me nearly 40 years ago.

I never had a fear of crying. I was raised by two loving and devoted parents who taught me, correctly, that it was okay to cry and okay to show emotion.

Until my father passed away and now I rarely cry. It’s too painful to do so.

When I needed help with anything in the past, it was my parents I knew I could turn to. They never let me down.

But it’s hard to turn to your parents about sexual abuse when neither of them ever experienced it. So, my little “secret” wasn’t unveiled to them until I was in college…years and years after it happened.

So now I find myself asking for help again. Help to sort through the trauma of sexual abuse. Patterns and behaviors in my life that I attributed towards the grief of losing my father were actually all stemming from the abuse.

It’s been easy to convince myself that so many things in my life I had under control. That’s one of the issues with victims of abuse, they have a tendency to control things. And why not? We couldn’t control the traumatic event, so as adults we have to exert control elsewhere. It’s our only defense.

This post is a call to anyone, especially other men in the fitness industry, to speak up. Speak up if it happened to you. Because your story needs to be told and it needs to be heard.

I won’t go on a crusade about it but I also won’t drop it.

What I’ve found after nearly 44 years on this earth is that avoiding the trauma and treating it like it was just some “thing” that happened is coming back to haunt me. And I don’t want to be haunted by it, I’ve got too many good things going on in my life to be pinned down by a memory that refuses to let me go.

The picture you see below is me at roughly the time in my life that my babysitter abused me.

I’ll never get that child back. There is a part of me that is essentially frozen in time and I don’t know how to save him. 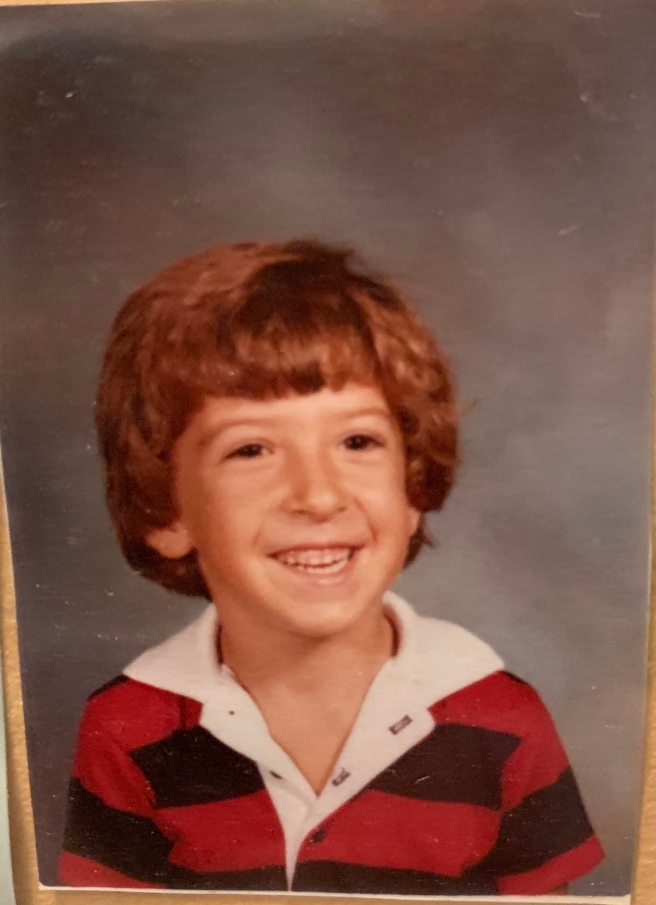