When my son, Jackson, was about to be baptized in the Catholic church, I went to my Dad to get a better understanding of what that all meant.

For the record, I grew up as something of a denominational mutt. My mother was raised Southern Baptist. My father was Catholic, raised by a Catholic father and a mother who was born in a non-practicing German Jewish family. After she served in the camps in WWII, she changed to Catholic to marry my Opa. Since my mother opted to not switch from Baptist to Catholic, a Baptist church in my hometown of Tennessee recognized their marriage in 1974.

Since we moved around so much due to my father’s career trajectory with Goodyear, we would attend Sunday services at any church where my parents felt the most connection. This led us to everything between Baptist, Methodist, Lutheran, and non-denominational churches over the years. During college, I fell out with the traditional mold of churchgoers and felt the need to distance myself for the time being.

My father, who was always fascinated with different religions, beliefs and cultures would frequently read about how others viewed their faith. As a result, I was raised in a family who taught me tolerance and what I believe was a desire to want to appreciate other’s differences rather than stay at arms distance because they were different than me.

So, my Dad bought me a book called Rediscover Catholicism.

One of the greatest takeaways from it was the notion of becoming the best version of yourself. This was something that resonated deeply with me because prior to that time, I would have hardly said I was living that way.

My father resembled everything that was great to me. He was kind, loving, compassionate, interested in nearly everything and could easily have spoken to a stranger about a myriad of topics. He showed me how a gentleman should behave, how a husband should treat his wife and how a father should raise his child.

Looking back, there is hardly a lesson I could have learned that my father didn’t try to teach me. My biggest regret, was mostly being too stubborn or disinterested to learn them so that he could see more of the man he wanted me to be while he was still alive.

March 23 will be seven years since he passed away and I am still aching with this regret.

That the man who gave me so much, sacrificed so much, asked for so little in return was shown gratitude by a child who was often too self-absorbed, defiant and distracted to pay attention.

At the risk of painting too bleak a picture, I loved my father more than I know how to express. We had amazing times together, he was my biggest fan and all he ever wanted was to see me (and my mother) happy.

My father truly believed in the concept of being the best version of you. And I know that because he lived it every day.

As for being the best me?

For whatever distance I put between myself and the church, I believe there is a Heaven that holds my Dad. I do everything I can to be the man he wanted me to be because there is a lingering feeling that he’s watching me and I desperately don’t want to let him down now. That has not been a faultless journey but I do continue to work on it.

If I’m wrong and there is no Heaven, then I can find comfort in the fact that I spent the rest of my days trying to fill and fulfill the role he wanted me to have in this world.

I’ll live in a way that is closer to what I believe I should be so that, maybe someday, when my time has come, I can join him up there.

My father remains my north star. And for my mother as well.

It is my hope that you don’t have to lose someone you love as much as I loved him to realize your best version of you. You can be that person on any day and for any reason.

Because you deserve that for yourself.

Your family deserves to see it.

Your friends deserve to experience it.

And you’ve got one life to accomplish it with. 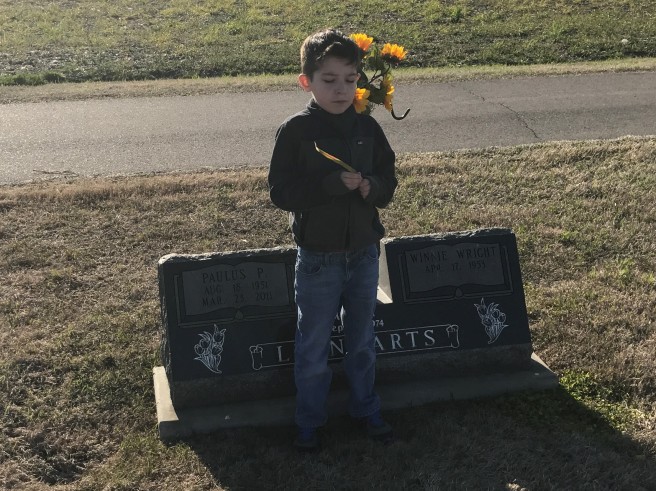