A couple of months ago, my wife (Marissa) had a health issue that landed her in the emergency room. When the doctors came in to discuss the matter, it seemed as if something from a dietary standpoint caused the problem. They sent her home with a fairly strict diet that really took a lot of her foods of enjoyment out of the program.

Through one of my certifications with Precision Nutrition, I knew of a legitimate and well-researched way to implement an elimination diet. Since Marissa was already aware of some food sensitivities in her diet, I told her I would embark on the elimination plan with her.

I should note that neither of us were doing this plan with any intention of weight loss. We’re both slim as it is so weight loss was not a priority by any stretch of the imagination. However, once we delve into the specifics of the food plan, you’ll have a different insight into the results.

Without putting too much concentration on the things you’re not supposed to eat, I’ll tell you what we were able to consume on the 3-week elimination portion of the regimen.

All vegetables except tomatoes, eggplants, and white potatoes
All fruits except citrus fruits
Rice and buckwheat for grain options
Unsweetened coconut milk or unsweetened rice milk for dairy options
Turkey, lamb, wild game, and fish for meat options
Herbs and spices were good but not condiments
Water, herbal tea were good but coffee and alcohol were not
Olive oil, coconut oil and flaxseed oil for cooking/oil options

I’ll say that I was able to stick to this plan with about 80-85% adherence. Marissa really struggled with it though. Much of that came from failure to plan meals accordingly and well-enough in advance. I also opted to keep coffee in the diet. I only drink black coffee and I kept it to 2 cups daily.

In the first week, we both lost about 4lbs each. Again, not planned but that is what happened. Ultimately, you want the diet to unveil any symptomatic issues you may have with certain foods. In many ways, it can be more effective than getting tested for a food allergy because of the lower cost of testing on your own and real-time results based on how you feel.

I don’t know that I noticed anything significant while I was in the 3-week elimination phase. No major changes in sleep, energy or performance in the gym. Mostly, I got a bit tired of the lack of assortment but I believe in hindsight if I had planned better in advance what my meals would look like, it would have been easier to cope with.

It is also important to note that if you’re going for any “processed” food options, even in the vegan/vegetarian realm, there are ingredients included in those foods that would not be permitted on the elimination phase.

I’ll also add that if there is anything currently in your diet that you tend to consume with abundance, simply removing that for a period of weeks can unveil some areas of improvement for you. However, one thing that people tend to overlook when they opt to remove certain foods from their diet is this: if you have weight to lose, dropping as little as 5-10% of your starting weight can have dramatic changes on how you feel and may have nothing at all to do with foods that are included/excluded from the diet.

The phase-in process begins after the 3-week intro phase has concluded. You start by introducing a small-to-moderate amount of a missing food back into your diet. Eat that food on day 1 and then remove it for the next two days to get a gauge on how your body reacts. If all is good, then you add the next food into the mix and follow accordingly for the next several weeks. For me, there were no meat products that had any adverse effect on me. However, when I started to introduce corn products, things got a little bit muddy.

For one, corn is manufactured into so many foods in so many variations. Looking back, it would have been more intelligent for me to introduce something simple like corn on the cob and then assess the situation. What I did in reality was have corn on the cob, popcorn, cornmeal (on fish) and grits. Entirely too many corn products in the span of one day. That day I did have some GI distress but it was gone by the next day.

Since then, Marissa and I have returned to “most” of our eating the way it was before the diet. The food sensitivities she had prior to starting seem to still be very prevalent now. I’ve also noticed that certain foods that we used during the elimination phase, namely cheese alternatives, have not set well on my stomach.

As we are all special snowflakes in some regard, your experience, should you elect to try something similar to us, will be different. Please take my professional advice and plan your meals about a week in advance so there are fewer surprises and less likelihood of grabbing something that doesn’t fit the plan just so you can have a meal.

Also, if you feel this diet may have an adverse effect on any medications or pre-existing medical conditions you may have, please consult your doctor or dietitian. For more insight into the actual plan we followed, I would encourage you to read this article from Precision Nutrition found HERE.

Until then, before you have “stripped” all of those fun foods from your diet, do some research, plan accordingly, and be mindful of the changes happening in your body. It could be a very eye-opening experiment! 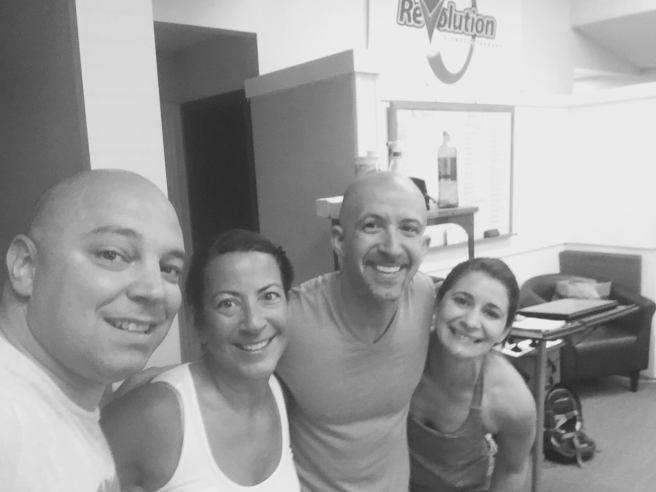